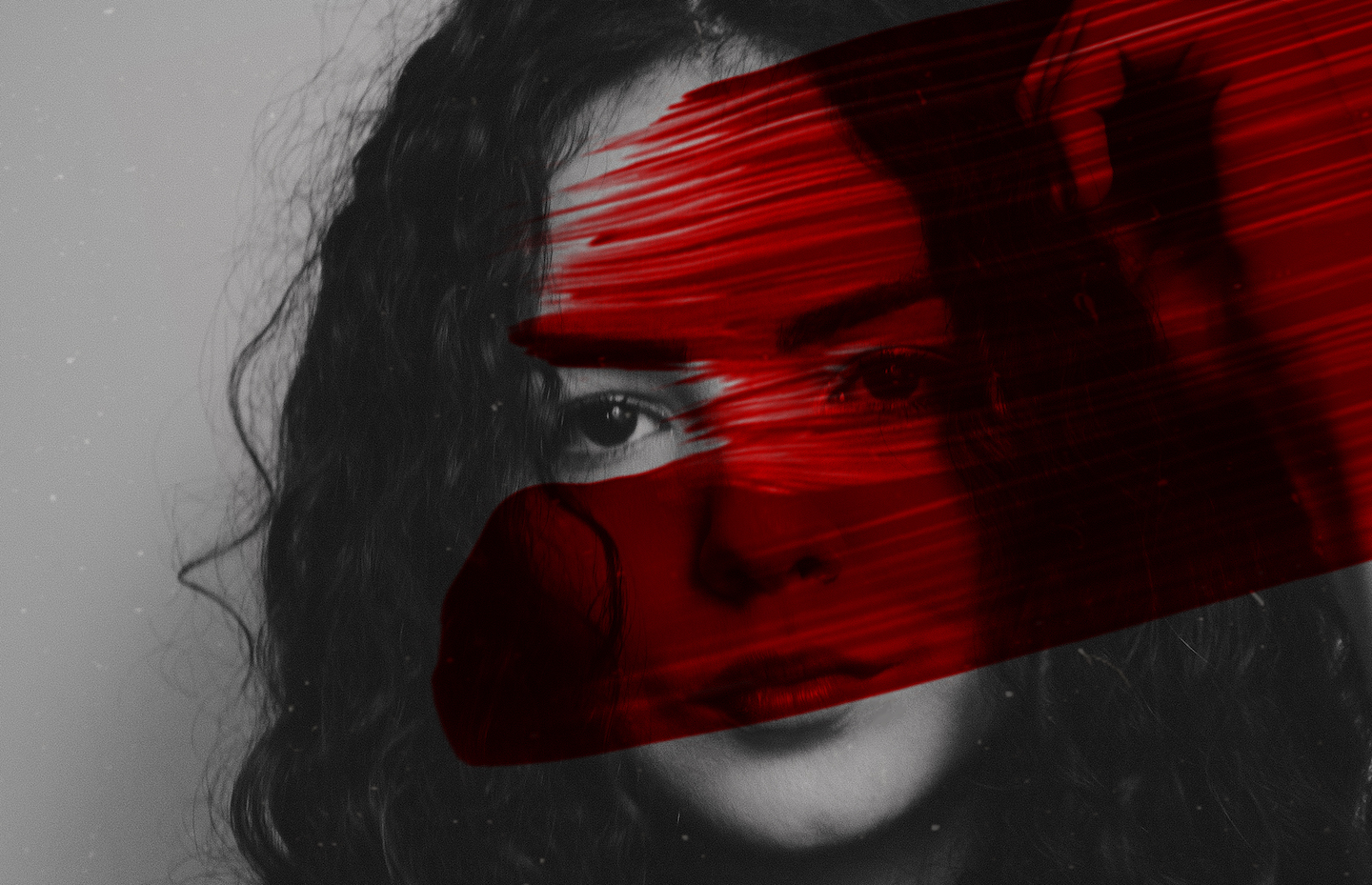 One wonders how it is possible that while it has now been reported that vaccinated shed and transmit as much virus as unvaccinated people (1), the vaccinated are still protected against severe disease whereas the unvaccinated are said to be unprotected. So, how can one explain that viral shedding and transmission and hence, viral replication no longer seem to be impacted by the vaccine whereas the opposite still applies to the occurrence of (severe) disease?

Based on their study results, the authors from the above-mentioned report (1) conclude that there is no significant difference in viral load between groups of vaccinated and unvaccinated, asymptomatic and symptomatic people who became infected with SARS-CoV-2 Delta variant. So, again: Considering that vaccinees shed and transmit as much virus as unvaccinated people, how could one even postulate that unvaccinated people are susceptible to severe disease whereas vaccinees are still largely protected from severe disease?

Frankly speaking, this doesn’t make any sense at all. So there must be a ‘small’ detail the current ‘narrative’ overlooked.

Wait a minute … Does the above-mentioned comparison of viral load between the vaccinated and the unvaccinated include people who contracted SEVERE disease? It didn’t!  So, could it be that the unvaccinated are only susceptible to severe disease when their first (i.e., innate) line of immune defense is weakened because of a lowered functional capacity oftheir innate, poly-reactive antibodies (Abs)? Hmmm, this could definitely explain why elderly people and those who’re immune suppressed or have underlying diseases are susceptible tosevere Covid-19 disease. But what about our healthy youngsters and children as these age groups are thought to have excellent innate, pre-existing immune effector cells (2) but are now also increasingly contracting severe Covid-19 disease. Could this be due to spike(S)-specific Abs that young and healthy children may harbor for up to 8 weeks after they contracted asymptomatic infection and that outcompete their innate protective Abs (3)? If this is true, this would imply that only a small part of young and unvaccinated people are susceptible to severe disease (i.e., those who get quite rapidly re-exposed to Sars-CoV-2 after previous infection) but that the vast majority of them are still protected from severe disease, regardless of which Sars-CoV-2 lineage is predominant in the circulating viral population. This seems, indeed, to be the case! Or do some of our ‘experts’ believe that the unvaccinated children and youngsters who don’t get Covid-19 disease have simply not been exposed to the virus at all? But how could that happen given the fact that in most countries the pandemic started over 1.5 years ago and that we’re now dealing with highly infectious variants and that infection prevention measures have largely been relaxed?

So, maybe we should not compare the functional immune capacity of unvaccinated youngsters who get severe disease with that of those who only get mild or moderate diseaseor don’t develop symptoms at all. However, it is viral transmission and shedding in the latter that has been compared to that in vaccinees (4). Does anybody realize that protection from (severe) disease in healthy children and youngsters is due to innate Abs (5), even regardless of the possible short-term presence of poorly functional S-directed Abs (which may even contribute to diminishing rather than strengthening their immune defence)? Does anybody realize that this mechanism of protection is fundamentally different from the one protecting vaccinees from severe disease?  When present in sufficient concentration, high affinity, antigen-specific Abs readily outcompete low affinity, multi-specific Abs for binding to the same antigen (6). It is, therefore, reasonable to assume that vaccinees experience long-lived functional suppression of their protective, CoV-recognizing innate Abs and are thereby left to rely on their vaccinal S-specific Abs for protection against severe disease (7).

As the mechanism of immune defense in vaccinees is totally different from the one at play in unvaccinated individuals, the mantra of mass vaccination stakeholders that vaccination of youngsters and children will provide them with improved protection from contracting severe disease is a textbook example of scientific nonsense. Their irrational, erroneous extrapolations lead people to believe that they should get their children vaccinated whereas there is barely any more catastrophic immune intervention one could think of. In line with theintrinsic functional properties of innate, multi-specific Abs, healthy children and youngsters are NOT ‘naturally’ susceptible to any Sars-CoV-2 lineage but exclusively acquire such susceptibility as a direct consequence of functional suppression of their well-established  innate immune capacity due to a rapid re-exposure event or, even much worse and long-lived,  due to vaccination. The likelihood of rapid re-exposure to Sars-CoV-2 after previous infection dramatically increases when highly infectious variants expand in prevalence. Such an expansion in prevalence directly results from mass vaccination campaigns as mass vaccination turns vaccinees into an excellent breeding ground for naturally selected S-directed immune escape variants.

So, unless there is any contradiction in the above reasoning and unless somebody could explain how similar viral replication and transmission dynamics in vaccinated as compared tounvaccinated individuals could lead to dissimilar clinical manifestations of infection, we can only conclude that the scenario is the following: Vaccination of children and youngsters is turning off their broadly protective innate immunity in exchange for S-specific vaccinal Abs that are becoming increasingly useless since their neutralizing capacity becomes more and more eroded as a result of enhanced escape of Sars-CoV-2 from neutralizing Abs [NAbs](a trend that has been clearly confirmed by molecular epidemiologists (8)). Resistance to the neutralizing effect of vaccinal Abs that are nevertheless still able to bind Sars-CoV-2 virions and thereby outcompete protective innate Abs is likely to enhance the susceptibility of vaccinees to ADE (Ab-dependent enhancement of disease).

Unless virology and immunology are being rewritten, I cannot imagine how mass vaccinationof our youngsters and children will not lead to an even more disastrous outcome of all the scientifically irrational and unjustifiable vaccination efforts. Not only will this dramatically increase the children’s risk to succumb to (accelerated) Covid-19 disease but it will also take away the highly efficient capacity of healthy, unvaccinated people to diminish the dangerous, ever rising viral infectious pressure in the population. By vaccinating our youngsters, children and, even more generally, all people in excellent health, we deprive an important part of the population from its ‘anti-viral’ capacity and instead turn them into a breeding ground for more infectious and increasingly NAb-resistant variants. In other words, mass vaccination of children will inevitably obstruct the process of building herd immunity in the population. While unvaccinated children who contract Covid-19 disease in the vast majority of cases don’t suffer severe disease and contribute to the buildup of herd immunity in the population, mass vaccination campaigns in children will prevent them from contributing to herd immunity, because more infectious viral variants are increasingly escaping from neutralization by vaccinal anti-S Abs and gaining a significant fitness advantage in such an immunological environment.

There can be no doubt that large scale immune interventions which ignore the immune pathogenesis of the disease are recipes for massive disasters.

It cannot be that highly knowledgeable vaccinologists don’t understand this clear-cut message. I can only shout at all of them, no matter their international reputation, the numberof awards and recognitions they’ve gotten, the number of books they’ve written or high-ranked papers they’ve published in peer-reviewed journals: shame on you for not standing up.

(5) see references from the literature on website www.geertvandenbossche.org under topic 1

(7) As the protective capacity of the vaccinal Abs is now increasingly waning, claims on vaccine-induced protection have been toned down to ‘protection from severe disease’ only.