Will mass vaccination against Omicron give the final blow?

Mass vaccination against Omicron will take away our very last opportunity to prevent SARS-CoV-2 from making a natural selection in favor of hosts who have preserved a fully functional innate immune defense.

Many scientists believe that the multitude of mutations found in the Omicron variant constitute an evolutionary disadvantageous change that drives the virus into a mild course of disease and possibly even into endemicity or extinction altogether. Once again, predictions lose their credibility when natural evolutionary trends are countered by large-scale human intervention. In case of the current viral pandemic, the most worrisome threat is posed by the ongoing mass vaccination program that is only expanding, ignoring concerns related to the evolutionary capacity of this virus.

In order to understand why mass vaccination with updated (i.e., ‘anti-Omicron’) C-19 vaccines is at risk of entailing a bioweapon-like disaster, one must follow the evolutionary consequences of population- level immune pressure on viral infectiousness, a phenomenon that is now widely acknowledged to be driven by mass vaccination campaigns (1). When a dramatic change in the antigenic constellation of the virus (e.g., the one represented by Omicron) occurs in the context of mass vaccination in the middle of a pandemic, there should be no doubt that widespread immune pressure is involved. But how can immune pressure on viral infectiousness, for which Omicron is now even affecting its very capacity to be neutralized, lead to a more clement viral behavior? The biggest lesson learned from this pandemic is that whenever we are puzzled about its evolutionary comportment, we should invoke the rules of...innate immunity! By evolving more and more resistance to S-directed, neutralizing antibodies (Abs), SARS-CoV-2 is increasingly setting free the host’s innate Abs (as they’re no longer suppressed).

As innate Abs clear the virus in ways that are not Ag-specific, natural selection of SARS-CoV-2 variants that could escape from innate Abs does not occur because such variants simply don’t exist. More specifically, although Omicron undeniably results from population-level immune pressure and represents a clear-cut example of how SARS-CoV-2 continues to unfold its evolutionary capacity when mass vaccination threatens its perpetuation, it cannot afford this evolutionary adaptation while continuing to outcompete relevant innate Abs. COVID-19 vaccine weekly surveillance reports (weeks 33 through 48), as published by UK Health Security Agency, strongly suggest that innate Abs, especially when thoroughly trained (such as, for example, in older age groups), can resist competition from vaccinal Abs and thereby dramatically reduce case rates in vaccinees (2). It is therefore not surprising that when the virus- neutralizing capacity of vaccinal Abs further diminishes (e.g., in Omicron), innate Abs regain their full- fledged virus-sterilizing capacity and hence dramatically diminish the incidence of disease in vaccinees.

On the other hand, lack of immune recognition of Omicron by previously acquired short-lived Abs in unvaccinated individuals (as a result of previous mild infection with the Delta variant) will also diminish the incidence of disease in younger unvaccinated individuals (note 1).As Omicron is extremely infectious, it ishighly likely that we’ll soon start to witness spectacular waves of infection (mostly exempt from severe disease) all over the world. However, these waves will be followed by a strong decline in viral infectious pressure. This would be the very last moment for halting all mass vaccination programs in order to enable the overall population to further diminish viral infectivity while implementing a widespread antiviral chemoprophylaxis program to further prevent transmission of this highly infectious variant.

Given the continued ignorance and lack of understanding of the pandemic & detrimental consequences of mass vaccination by public and global health authorities, the chances that the disaster I’ve previously alluded to can be prevented are slim (3). The scientifically corrupt narrative is likely to be further nurtured by more and more cases of disease that are likely to occur in vaccinees once they will have acquired short-lived Abs directed at Omicron’s spike protein as a result of previous mild infection. The latter can more easily outcompete innate Abs in vaccinees, the training of which was stalled as a result of their immune suppression by vaccinal Abs. Rapid re-exposure to the highly infectious Omicron variant could then make them much more susceptible to disease. 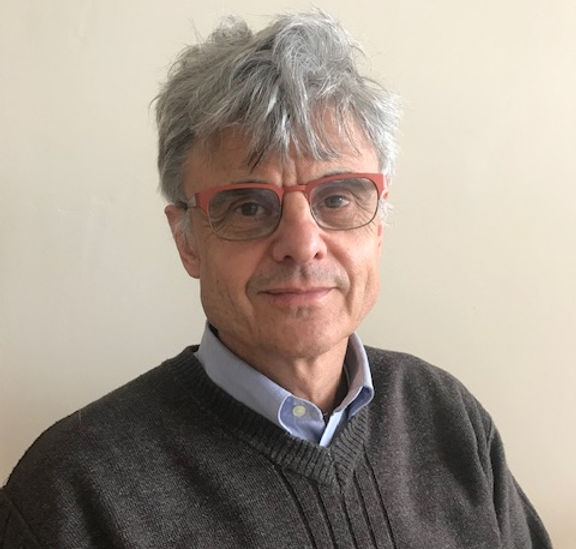